The Henry County Sheriff's Office employs thirteen full-time telecommunicators and one communications supervisor. Our communications center operates 24 hours a day, seven days a week, and is responsible for answering 911 calls and non-emergency calls for the citizens of Henry County.

Telecommunicators are responsible for:

Henry County dispatches for seventeen fire departments, fourteen ambulance services, and ten law enforcement agencies that hold jurisdiction in Henry County. In addition, Henry County Dispatch is back up to the Kewanee  Dispatch Center and other agencies outside of Henry County. Henry County Telecommunicators are responsible for monitoring multiple radio frequencies and documenting the information received and disseminated across the frequencies for the public safety agencies.

The Henry County Sheriff's Office is a participant of the Mutual Aid Box Alarm System (MABAS) and is the primary dispatch center for division 39. MABAS Division 39 supports 34 Fire and EMS agencies through portions of Henry, Stark Mercer, and Rock Island Counties. MABAS is activated when there is a sizable event involving Fire and/or EMS and mutual aid is essential.

Box Cards, are a predetermined mutual aid agreement, specifically requesting additional Fire departments, Ambulance Services, support agencies (Office of Emergency Management, medical helicopters, Red Cross, IDOT, etc), and additional resources (boats, ATVs, large equipment, clean-up services, etc) to be paged for the response warranted during the sizeable event. The use of these Box Cards safeguards that the resources needed come from several different departments, so as to not exhaust one department of all its equipment and resources in case another call is received at the same time in their jurisdiction. 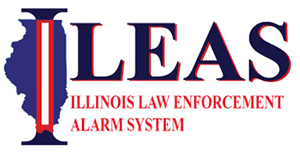 The Henry County Sheriff's Office is a member of the Illinois Law Enforcement Alarm System (ILEAS). One of the primary missions for ILEAS is to coordinate statewide mutual aid for law enforcement in Illinois. Along the same lines as MABAS, ILEAS is utilized when there is a sizable event requiring law enforcement personnel and additional assistance is needed. There are alarm cards that specify what agencies are to be notified.

The communication center is equipped with the latest technology including Next Generation 911, text to 911, and Computer-Aided Dispatch (CAD), among others, and the telecommunicators are well trained in order to maintain the Henry County Sheriff's Office's commitment to public safety.

Please remember that 911 is for emergencies only. An emergency is an incident that requires an immediate response by Police, Ambulance, and/or Fire. For non-emergencies, please use the non-emergency telephone number 309-937-3911.

How to Have the Best Outcome of Your Emergency Call

We hope you never have an emergency, but if you do remember to answer the questions to the best of your ability as the dispatcher asks them and listen to the instructions provided o you.